Steve McCauley was instrumental in helping the Government of Rwanda to develop its thinking about media transformation. He formed a team that from 2010 to 2015 worked directly with the Government to change its media policy, laws, institutions and practices.

The starting point was a very low one. Although Rwanda’s economic progress since the 1994 Genocide against the Tutsi is well known and justly celebrated, its media environment has long been regarded as one of the worst in the world. The Press Freedom Index published by Reporters Without Borders consistently placed Rwanda close to the bottom of the list. Until 2011, the security services and police were frequently accused of harassing journalists, and newspapers were sometimes summarily shut down. Even the local language BBC radio service was briefly taken off air in 2009. There was no local free press, nor free local broadcast media. (Indeed, the local language BBC service was again taken off air indefinitely by Rwanda in June 2015, after a dispute about a BBC documentary.)

And yet by June 2011, the Rwandan Cabinet, which is chaired by President Paul Kagame, had published a new Media Policy that called for the total transformation of media in Rwanda. By July 2013, the parliament had passed a series of new laws, which gave the policy legal force. The laws stipulate that government officials must follow an open approach to freedom of information.

The laws deregulated print journalism, eliminated censorship, reduced media bureaucracy and called upon journalists to organise self-regulatory bodies. They abolished the State television and radio broadcaster, replacing it with a semi-autonomous public service broadcaster that is designed to serve the public and not the Government. They abolished the Ministry of Information and instead called for the promotion of an independent media and creative sector. They established a new, media regulatory authority, but not one that dictates what goes on the evening news.

This sea change did not happen by accident. It emerged from a process of engagement. In 2007, Steve did some voluntary business consulting work in Kigali. He spent two weeks working with the Editor of The New Times, the English language newspaper and gained an understanding about how things work in Rwanda.

Steve stayed in touch with this Editor and he returned to Rwanda in 2008 and 2009. He carried on speaking with officials about the benefits of improving their media, in order to encourage the development of freedom of information and expression. Along the way, he got to know Ministers and other senior figures in the Rwandan elite.

Steve did this not only by raising the issue of free speech, or by a classic discussion of “human rights,” but also by encouraging Rwandan officials to imagine how their country might change if media transformation were to take place: the new industries that might develop, the exchanges of ideas that might happen. He also warned them that they would have serious problems with their country’s reputation if they were to continue to deny journalists the freedom to operate.

By August 2010, after an election that marked the start of President Kagame’s second term, the Rwandan government did face a major reputational crisis. Much of this could be traced to Rwanda’s alleged involvement in military activity in neighbouring North Kivu province (D.R. Congo) in late 2008, but some of it was directly connected to journalism.

In the face of this crisis, Steve was asked to return to Kigali in September 2010. In total, he visited Kigali three times in late 2010. An influential Senator, one of the President’s closest advisors and someone who understood the wider international political issues, arranged for Steve to meet leading members of the ruling Rwandan Patriotic Front (RPF) elite. Steve facilitated a creative session with these people in October 2010, in Kigali. Among other things, they concluded that there was a need fundamentally to transform how media and journalism work in Rwanda.

The Senator introduced Steve to the President, with whom, over the course of several months during 2010/2011, Steve had a number of long conversations.

By the end of 2010, Steve had assembled a group of experts from London, and they were invited to advise the Rwandan Cabinet on the creation of a new national media development policy, which they did during the first half of 2011. The Cabinet passed the policy in June 2011. The London-based team subsequently worked very closely with Rwanda Ministers and officials to help them to create the new legal and institutional framework. This same team later worked on implementation

By 2011, Steve and his partners were able to attract some funding from various sources to help run the media reform project in Rwanda, first the Dutch Government and, later, the Governments of the United States of America and Sweden. The Legatum Institute think tank, based in London, also supported the project.

Steve McCauley handled the private diplomacy that underpinned the project, regularly meeting Rwandan Ministers, as well as Ambassadors and senior officials from development partners. Steve visited Kigali over 30 times in the course of this process.

Nobody pretends that the media situation in Rwanda will become similar to that in Western democracies overnight. The new media laws need to be implemented fully and further legal reform would be desirable. Nonetheless, the progress since 2010 has been real, although it should be acknowledged that some international human rights groups, and some donor governments, remain sceptical.

But there are some lessons that can be learned. It is clear that the reform process would never have taken place without the work done by Steve McCauley and his partners to help cultivate new thinking among leading Rwandans. This work was done in a non-directive way; they did not tell Rwandans what to do, nor did give they direct advice where it was not wanted. Instead, Steve and the team developed a flexible approach based upon many open conversations, through which they helped Rwandan leaders to re-frame their thinking in a new and better way. Those leaders made the decisions, of course. But once decisions were made, Steve was well placed to help the country’s leaders to refine their policies and laws, as well as with implementation.

This is very different from the traditional aid-backed approach to “media development,” which usually focuses on training journalists. While such training is beneficial and necessary, it is not sufficient: there needs to be a healthy political, legal and institutional environment in which journalism (and other social goods) can thrive. This requires political will and the formation of a new consensus about desirable outcomes, as well as the timely provision of sound advice and support.

It is also worth noting that if the objective is to improve matters concerning freedom of speech and rights of association, then having conversations about the development of good media is a great place to start. It is not possible to take about good journalism and its place in society without indirectly running into the wider issues. So it was in Rwanda.

Steve found that cultivating good relationships, a non-directive approach, quiet, private diplomacy combined with the timely provision of expert advice when requested were effective in helping to bring about substantial changes in policy, in law and in practice in Rwanda. 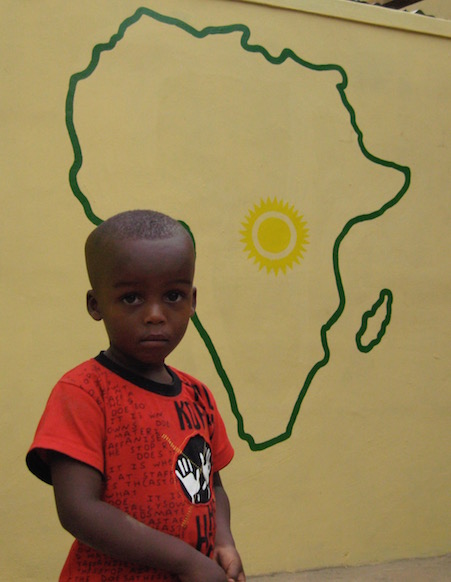